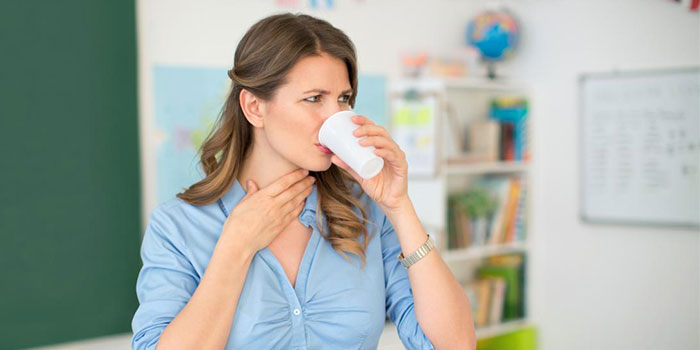 Though swallowing seems like a simple reflex, it’s actually a complicated process with multiple steps involving multiple systems, including your brain, throat, and esophagus. That means difficulty swallowing can result from problems involving different parts of your body, occurring at different stages of the process.

Dysphagia falls into two categories, oropharyngeal and esophageal, based on what part of the swallowing process is affected. The two types of dysphagia also have distinct causes:

Oropharyngeal dysphagia is difficulty starting the act of swallowing. It usually results from an issue affecting your brain’s ability to communicate with the nerves in your mouth or throat, including neurological disorders such as Parkinson’s disease and multiple sclerosis (MS), as well as medical events such as a stroke.

If you have oropharyngeal dysphagia, trying to swallow may cause you to gag, cough, or feel as if food or liquids are going down your windpipe or up your nose.

Esophageal dysphagia results from a structural problem with your esophagus, including narrowing, scarring, blockage, or inflammation. This kind of dysphagia makes you feel like food is caught in your throat or chest after you swallow. Underlying conditions that cause this type of dysphagia include gastroesophageal reflux disease (GERD), also known as acid reflux, and Barrett’s esophagus.

Difficulty swallowing may be a sign of a more serious condition, so be sure to schedule an appointment if it’s happening frequently.

How is difficulty swallowing treated?

The doctor first determines the type and underlying cause of your difficulty swallowing and tailors your treatment accordingly. Your treatment may include